Protein blocks are structural prototypes defined by de Brevern et al. [1] (see also references [2] & [3]). Their main interest is to modelize a 3-dimension local structure into a 1-dimension sequence. In principle, any conformation of any amino acid could be represented by one of the sixteen available protein blocks (Figure 1). 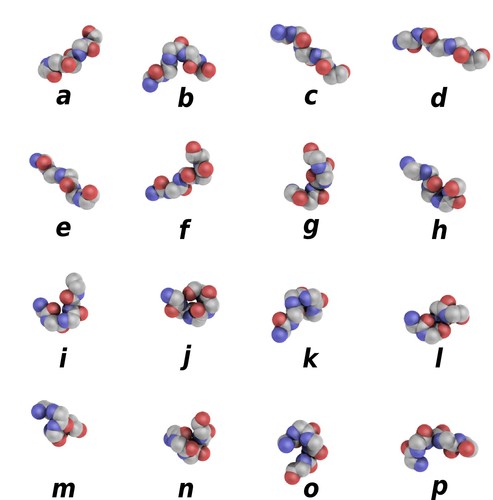 In the following example, the 3D structure of the barstar protein in Figure 2 is expressed in term of protein blocks:

The conformations of the 89 residues are translated into a sequence of 89 protein blocks. Note that "Z" is a default name given to amino acid for which a protein block cannot be assigned. Indeed, the assignation procedure for a given residue also requires the conformation of the two residues placed before and the two residues placed after the residue under consideration. Therefore, a protein block cannot be assigned to the two first (N-termini) and two last (C-termini) residues of a polypeptide chain. 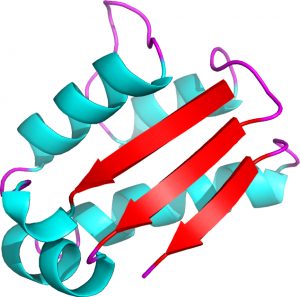